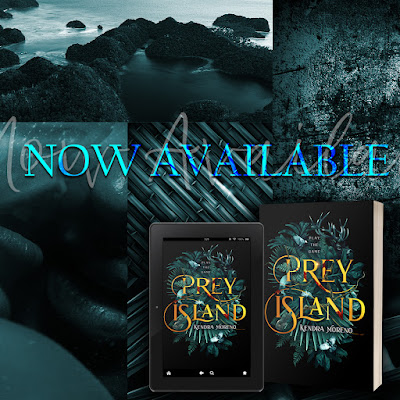 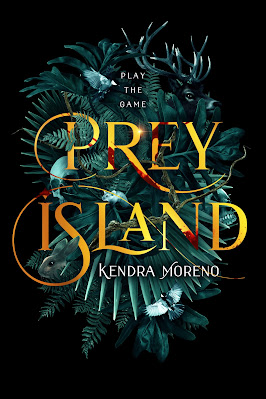 Welcome to Prey Island. . .
Billie watches enough serial killer shows to know she’s in deep trouble when she finds herself kidnapped and shoved in a cage with dozens of other people. What she doesn’t expect is to be dropped off on a remote island, given weapons, and told to run.
The Hounds have been released and they say she’s the prey.
Now, Billie is being hunted just like everyone else on the island. Trapped with nowhere to go, she finds herself teaming up with others in order to survive. Four men set her ablaze with their touch and threaten to corrupt her every moral, each as dangerous as the Hounds who hunt them. She may not be built for Prey Island, but she won’t be going down without a fight.
This rabbit has teeth and the only way out is to
Play the Game.
Squid Games meets Predator in this thrilling WhyChoose romance. If you love K.A. Knight, Jennifer L. Armentrout, Caroline Peckham and Susanne Valenti, pick up Prey Island now! 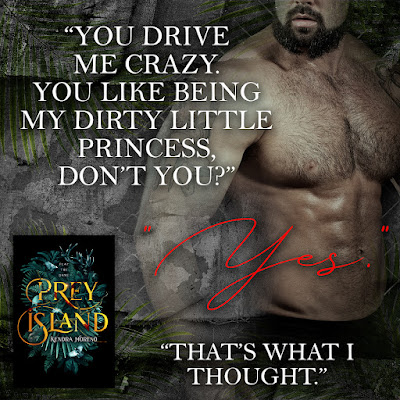 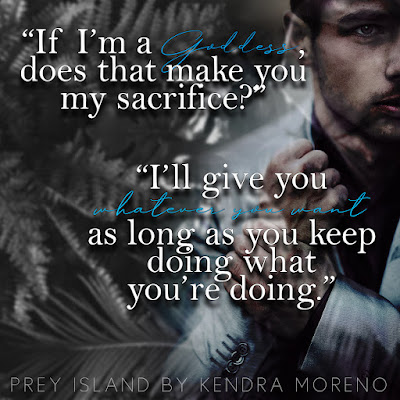 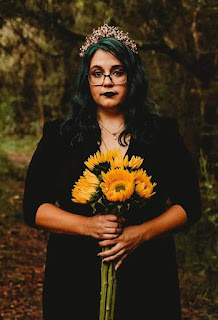 Kendra Moreno is secretly a spy but when she’s not dealing in secrets and espionage, you can find her writing her latest adventure. She lives in Texas where the summer days will make you melt, and southern charm comes free with every meal. She’s a recovering Road Rager (kind of) and slowly overcoming her Star Wars addiction (nope!), and she definitely didn’t pass on her addiction to her son (she did). She has one hellhound named Mayhem who got tired of guarding the Gates of Hell and now guards her home against monsters. She’s a geek, a mother, a scuba diver, a tyrannosaurus rex, and a wordsmith who sometimes switches out her pen for a sword.
If you see Kendra on the streets, don’t worry: you can distract her with talks about Kylo Ren or Loki.
#LokiLives #BringBackBenSolo

at 6:00 AM
Email ThisBlogThis!Share to TwitterShare to FacebookShare to Pinterest
Labels: Enticing Journey Book Promotions, Release