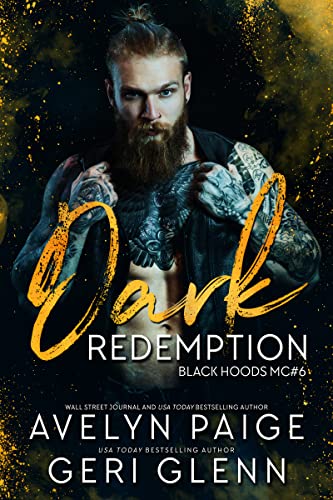 For him, Sturgis Motorcycle Rally is like heaven on earth. For her, it’s a living hell.
Jonas “TwatKnot” Murphy descends on Sturgis with a fairly simple plan.
Offending the curvaceous bartender was not on that list. Nor was chasing after her to apologize. But she’s under his skin now, and even her smart mouth won’t stop him now.
Cora Jean Webb hates Bike Week, and as far as she’s concerned, TwatKnot can shove his apology and his stupid sexy man bun where the sun don’t shine. After what he had said, it doesn’t matter that he’s the hottest man she’s ever seen or makes her feel alive again.
Then trouble rides back into town and Cora must make a choice between her safety or her bruised heart. 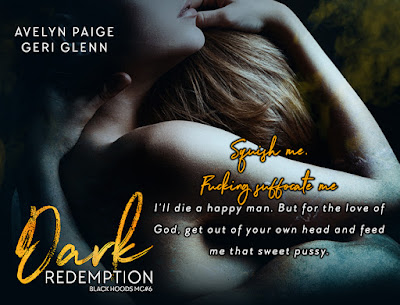 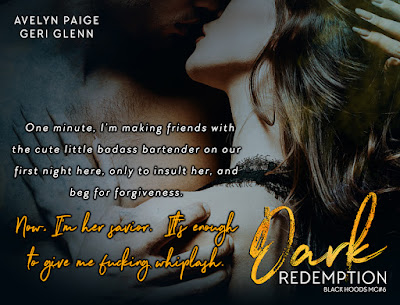 Geri Glenn writes alpha males and is best known for writing motorcycle romance, including the internationally bestselling series, the Kings of Korruption MC. She lives in the Thousand Islands with her two young girls, one big dog, and one terrier that thinks he’s a Doberman. Before she began writing contemporary romance, Geri worked in several different occupations. She’s been a pharmacy assistant, a 911 dispatcher, and a caregiver in a nursing home. She can say without a doubt though, that her favorite job is the one she does now–writing romance that leaves an impact. She loves homemade cookies, copious amounts of coffee, and Diet Coke by the case. You can connect with Geri on her website, or join her newsletter where you can find out more about her less than glamorous life, and what she’s working on now.

Avelyn Paige is a WSJ, USAT, and Internationally bestselling author. She resides in a sleepy little town in Indiana with her husband and three crazy pets. While she may be a Hoosier by birth, she is a Boilermaker by choice. Boiler Up! Avelyn spends her days working as a cancer research scientist and her nights sipping moonshine while writing and book reviewing. She loves everything paranormal, Cajun culture, and wants to try tornado chasing as a hobby when she finally grows up. She just has to get over that pesky fear of thunderstorms first. Avelyn also enjoys traveling and collecting voodoo dolls from her trips to New Orleans.