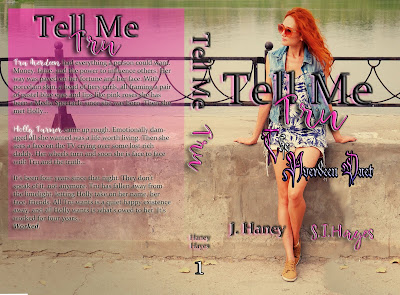 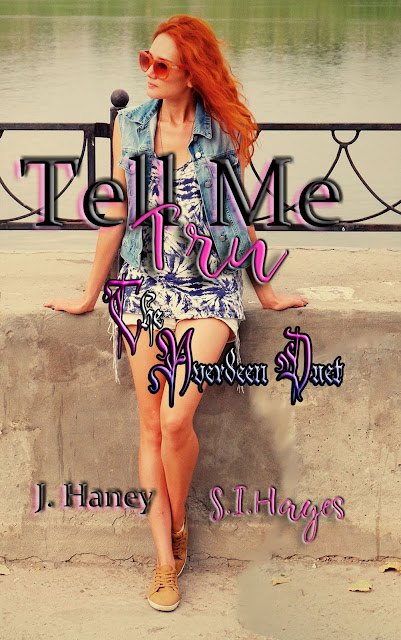 Tru Averdeen had everything a person could want. Money, fame, the power to influence others. Her way was paved on her fortune and her face. With porcelain skin, a head of fiery curls, all framing a pair of pastel blue eyes and lips like pink roses she has been a Media Spectacle since she was born. Then she met Holly…

Holly Turner came up rough. Emotionally damaged all she wanted was a life worth living. Then she sees a face on TV crying over some lost rich daddy. Her wheels turn and soon she is face to face with Tru and the truth…

It’s been four years since that night. They don’t speak of it, not anymore. Tru has fallen away from the limelight, letting Holly take on her name, her face, friends. All Tru wants is a quiet happy existence away, and all Holly wants is what’s owed to her. It’s worked for four years… 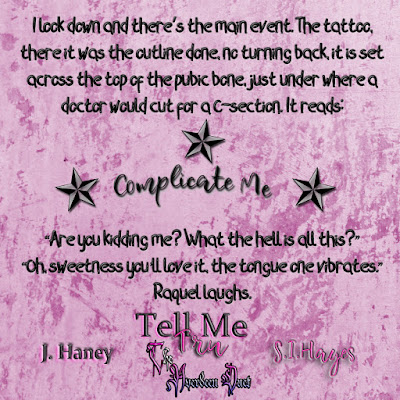 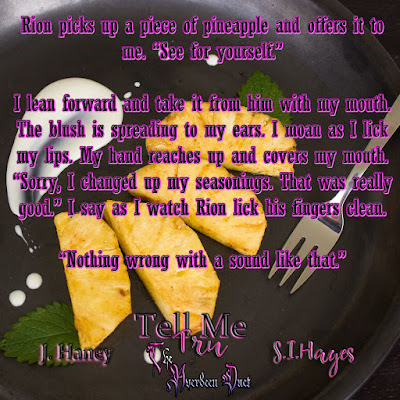 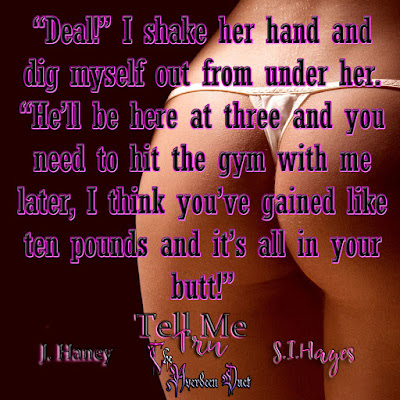 Chapter 3 Holly
“Mmm, yeah. Oh, fuck. You really know- Ohh.” I squeeze my thighs to the sides of Lee’s head. He’d been begging to go down on me for more than a year, and I just wasn’t feeling it. But this afternoon, seeing him shirtless, the Pacific sun beating down on him, as he devoured a peach, I decided it was time. I lured him into the lower regions of the hundred and twenty-foot Yacht that some Barron of some landlocked country was partying on. He saw my friends and me last night partying it up in Frieze, a fancy strip joint and invited us out for Labor Day Weekend. Who were we to refuse? I mean a Barron, that’s like royalty or some shit.
I, of course, have been avoiding him the whole time, he wants me to ride his pole. Or at least smoke it, and I’m not into it.
“Take off your pants; I wanna get that hotrod of yours in my mouth.” I purr. He doesn’t hesitate, and soon, I’m between his legs about to play with a fine specimen of man meat.
Brrring!
I pop my lips off him, making him groan as I answer my phone.
“Hey, yeah? Kinda sucking a cock right now.” I say, getting up.
“Are you fucking kidding me?” Lee’s head drops on the bed.
“Sorry.” I whisper, hearing Tru blathering on. “What now? Did you like your present?” I smirk.
“You cock sucking bitch! I can't fucking believe you! No, no, I did not like my God damned present! I've cut my fucking fingers, broke my favorite bowl, and forgot how to fucking speak! Let's not forget you're fucking the guy I've been crushing on for four years. Thanks for that!”
Chuckling, I pull on my panties and motion for Lee to pull it together. “I’ve been paving the way for you. You could be riding that stallion down to pound town, but no, you’re on the phone with me, crying about not getting what I hand-delivered to you.”
“No, Holly, that's just fucking wrong. I'm sure he thinks I've lost my mind now considering everything. Speaking of everything, why didn't you tell me you needed to pay a bill? You can't skip shit like that. My name here.”
“I’ve been writing the checks; I forgot that one on purpose. Like I said, hand-delivered. Anyway, I got a party to get back to. Do us both a favor, toss on the wig, and go get some dick.” I hang up and turn, seeing the Baron. “Hey, honey, nice party.” I try to get past his greasy, hairiness without having to touch him. When a man has more hair on his back than his head, I have to say, Hell no.
“You are a pretty little thing.” He says in broken English, lifting one of my locks of red hair. “Red the color of passion. Let’s you and I burn up this place.”
“Um- yeah, let’s not, but say we did.”
He looks at me, confused; then I feel his hand clench my hair. “You come into my place, bring your rowdy friends. Eat my food, drink my booze, and expect not to pay?” His mouth covers mine, and the taste of cheap cigars wriggles its way past my lips on his tongue.
“Mm, no. Get off me!” I smack him, but he just laughs. Then I see him stiffen up.
“You want I should cut off his balls?” Lee asks, and I look down to see he’s got a knife right against the Baron’s sac.
“Maybe you should have rethought the speedo.” My lip curls as Lee pulls me to him.
“My hero.” I kiss his cheek, walking past. “Let’s go to shore; this party is wretched.” 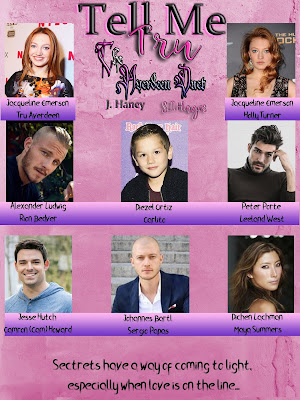 J. Haney was born and raised in Kentucky, currently residing in Greenup County, Kentucky with her family, where she is the proud momma to Jessalyn Kristine and co-owner of Proud Momma Designs, which she runs with her amazing Momma. J. Haney’s work tends to lean toward sweet and sexy, with suspenseful undertones, giving her readers something to hold onto.
S.I. Hayes was born and bred in New England and is currently living in Ohio. Running around Connecticut, she used all of her family and friends as inspiration for her many novels. When not writing Paranormal Drama or Erotic Romance, she can be found drawing one of many fabulous book covers or teasers. To see them, check out her website.
The pair met while working for a former publisher and became fast friends. Their split dynamics and views on life, family, and love in general, led to the idea of Stolen Moments: A County Fair Romance their foray into the Rocker Genre with A Sex, Drugs, and Rock Romance and their newest Working-Class Beauties. They do hope to bring you more in the months to come, so keep your eyes open and a fresh pair of panties close by. You know, just in case.

at 8:00 AM
Email ThisBlogThis!Share to TwitterShare to FacebookShare to Pinterest
Labels: Haney Hayes Promotions