Break My Bones by Rachael Tamayo 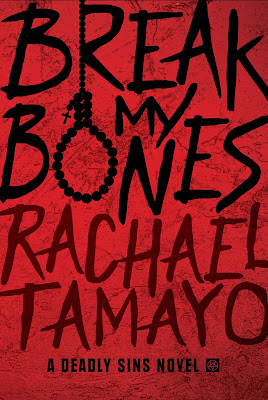 Staring down the barrel of a loaded 9mm is a wake-up call, especially when it's your husband's finger on the trigger. Brooklyn James's only thought is to take her baby and run. It's better to end up on the streets than suffer one more day beneath her husband's hand.
Finally back on her feet, Brooklyn is stronger, better prepared, and determined not to run. That is until she gets the call that her husband has been released from prison after serving his three years for DWI.
Cain James has his wife on his mind, always. With his friend Donovan at his side, anything is possible. He can find her, bring her home, make her love him again. While Cain has serious anger issues, Donovan is much worse. Cain can't control his friend's sick, twisted mind and even sicker actions.
Donovan has Cain's best interest at heart, and he'll do whatever it takes to help Cain bring his wife home -- including murder. After his time in prison, Cain doesn't want to hurt his wife again and becomes a man torn -- divided between the darkness inside him, his twisted love, and his lifelong protector, Donovan.
As Cain tries to convince his wife that he's changed, he watches the bodies hit the floor one by one at the hands of his sidekick. Enraged by his estranged wife's new love and conflicted by his own anger and need to protect his family, Cain unravels.
He can't live without her, and he won't let her live without him. 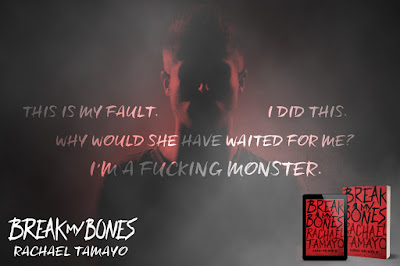 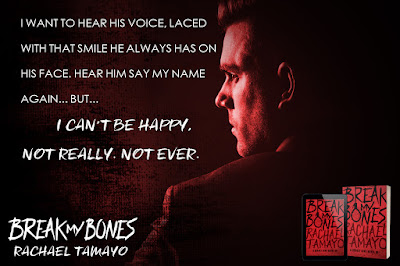 Follow the Author
WEBSITE | FACEBOOK | TWITTER | GOODREADS | AMAZON | NEWSLETTER | INSTAGRAM | BOOKBUB
About the Author
Rachael Tamayo was born and raised in Texas, and has a unique insight into mental illness due to her former twelve years in law enforcement. She enjoys weaving both the darkness and the hope of humanity into her books.
Hosted by RRR PROMOTION
at 11:39 AM
Email ThisBlogThis!Share to TwitterShare to FacebookShare to Pinterest
Labels: Read Review Repeat, RRR Promotion