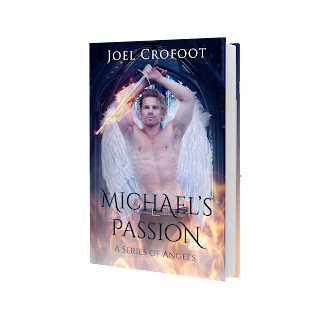 "If you like paranormal romances this is a must read!" -Author K. Munson When the archangel Michael is forced to rely on his estranged brother Gabriel for help after a demon attack goes wrong, Gabriel places him before the throne of God for healing and it doesn't go quite as planned. Soon they find themselves cast out of heaven and at each other's throats when Michael meets a demon that he can't bring himself to kill. Jahi is a demonic seductress who uses sex to steal people's souls. It’s not exactly her dream job, but it keeps her boss at bay until a chance meeting with Michael changes her fate forever. Winner of a Best of 2017, Reviewer's Choice Award, from the Paranormal Romance Guild! Winner of a Best Romance award from the Wild Dreams Publishing 1st annual Indie Awards 2018. Fans of J.R. Ward's Black Dagger Brotherhood Series and Kresley Cole's Immortals After Dark series will love this!

“A little more,” he said. She lifted a little further. “I’m going to unhook this, just so I can reach the cut.” She nodded, feeling him reach for her lacy bra, then it released. The water on the wash cloth was warm and he pushed it soothingly against the cut on her back, removing both the dried black blood from the chase and the recent wet blood. She felt a little guilty knowing that her black blood was going to ruin his wash cloth. He was standing very close to her and looking at her skin. His left hand was on her shoulder, while his right caressed her with the cloth. The tender touch and care that he was placing into his task were not wasted on her. There was an angel washing her clean.

“What’s your skill?” Butator asked Jahi. She felt her face grow red and she ducked down toward her plate. Michael tightened both of his fists and she heard him kick Butator under the table. “Ow! What was that for?” Time to face the music. She put her hand on Michael’s fist to get his attention and save Butator any more pain. “It's okay Michael. He doesn’t know.” She released his hand before he could trap it with his other one in another attempt for intimacy. "Seduction," she said without raising her gaze from the table, though she managed to keep her voice steady and strong. “I’m a whore.” Jahi could feel the tension in the room. Thousands of years of prostitution had hardened her, prepared her for the questions. But the funny part was that she’d never been ashamed until today. They’ll be judging me now, or worse, pitying me. She knew they would be piecing together the implications. How many men had she slept with? Had she ever tried to seduce me? Was she just being seductive when she did whatever kind act? What had she wanted from me? And then there was that ever burning question that every man always had in the back of his mind… how much? Jahi’s embarrassment grew as she considered what angels must think of a demon whore. Everything good she’d ever done would be suddenly negated by the revelation of her power. “Was.” Michael’s voice boomed through the dining room. “Today she’s a flight instructor,” he stuck out his chest and raised his chin as if daring anyone to challenge him. Jahi’s jaw slackened at his defense of her, and his compliment under the pier came back. When was the last time anyone thought of her as anything but a whore? She lifted her face to catch his eyes. He looked so sincere, he might actually believe what he was saying. She felt her lips tremble as soon as eye contact was made. Oh not again…She pushed her plate away and dashed toward the stairs to her room. 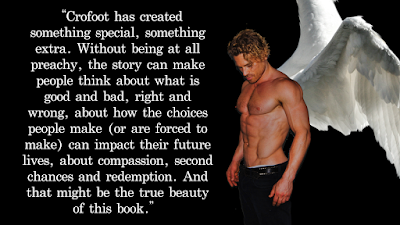 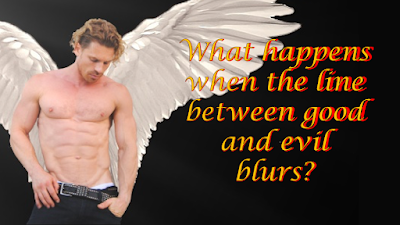 Joel Crofoot was raised in northern New York state on a large family sheep farm, then left home to join the United States Marine Corps at 18 years-old. After spending four years in Japan as a radio operator, Joel re-enlisted into the bomb squad (explosive ordnance disposal) and was stationed out of California. Two tours to Iraq later, Joel decided to leave the Marine Corps to pursue higher education and recently graduated with a doctorate in psychology in the summer of 2017.