AVAILABLE NOW!!
VOLUME 2
Music of the Heart by Katie Ashley
Dirty Like Me by Jaine Diamond
Manaconda by Taryn Elliott and Cari Quinn
Memphis Black by MJ Fields
Rock My Heart by Crystal Kaswell
The Right Man by Michelle Mankin
Rock the Heart by Michelle A. Valentine 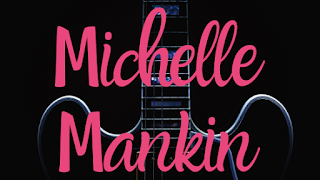 ➜ WEBSITE
➜ AMAZON
➜ FACEBOOK
➜ TWITTER
➜ INSTAGRAM
➜ GOODREADS
About Michelle Mankin
MICHELLE MANKIN is the New York Times bestselling author of the Black Cat Records series of novels.
Fall in love with a rock star. Text ROCK BOOK to 345345 for cover reveal and release alerts.
Love Evolution, Love Revolution, and Love Resolution are a BRUTAL STRENGTH centered trilogy, combining the plot underpinnings of Shakespeare with the drama, excitement, and indisputable sexiness of the rock 'n roll industry.
Things take a bit of an edgier, once upon a time turn with the TEMPEST series. These pierced, tatted, and troubled Seattle rockers are young and on the cusp of making it big, but with serious obstacles to overcome that may prevent them from ever getting there.
Rock stars, myths, and legends collide with paranormal romance in a totally mesmerizing way in the MAGIC series.
Get swept away by temptation in the ROCK STARS, SURF AND SECOND CHANCES series.
Romance and self-discovery, the FINDING ME series is a Tempest spin off with a more experienced but familiar cast of characters.
The ROCK F*CK CLUB series is a girl-power fueled reality show with groupies choosing the rock stars.
When Michelle is not prowling the streets of her Texas town listening to her rock and Nola funk music much too loud, she is putting her daydreams down on paper or traveling the world with her family and friends, sometimes for real, and sometimes just for pretend. 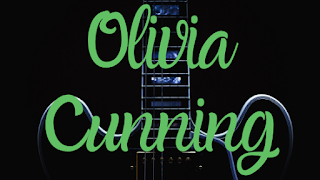 ➜ WEBSITE
➜ AMAZON
➜ FACEBOOK
➜ TWITTER
➜ PINTEREST
➜ GOODREADS
About Olivia Cunning
Combining her love for romantic fiction and rock 'n roll, Olivia Cunning writes erotic romance centered around rock musicians. Raised on hard rock music from the cradle, she attended her first Styx concert at age six and fell instantly in love with live music. She's been known to travel over a thousand miles just to see a favorite band in concert. As a teen, she discovered her second love, romantic fiction -- first, voraciously reading steamy romance novels and then penning her own. Growing up as the daughter of a career soldier, she's lived all over the country and overseas. She currently lives in Quincy, Illinois. 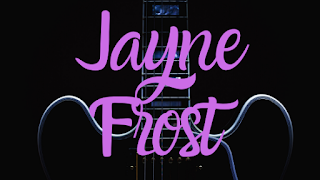 ➜ WEBSITE
➜ AMAZON
➜ FACEBOOK
➜ TWITTER
➜ INSTAGRAM
➜ GOODREADS
About Jayne Frost
Jayne Frost, author of the Sixth Street Bands Romance Series, grew up in California with a dream of moving to Seattle to become a rock star. When the grunge thing didn't work out (she never even made it to the Washington border) Jayne set her sights on Austin, Texas. After quickly becoming immersed in the Sixth Street Music scene...and discovering she couldn't actually sing, Jayne decided to do the next best thing--write kick ass romances about hot rockstars and the women that steal their hearts.
Want to join the tour and become a Jayne Frost VIP?
Sign up for the Sixth Street Heat Newsletter https://www.subscribepage.com/jaynefrost
to receive exclusive members only content, swag, giveaway opportunities, and all the latest news. 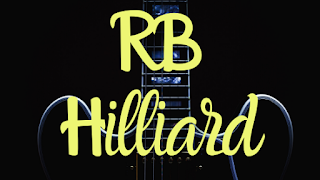 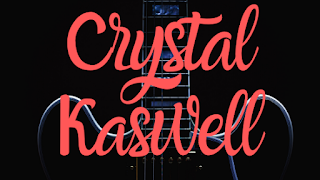 ➜ WEBSITE
➜ AMAZON
➜ FACEBOOK
➜ TWITTER
➜ INSTAGRAM
➜ BOOKBUB
➜ GOODREADS
About Crystal Kaswell
Crystal Kaswell writes scorching hot new adult romance.
Dubbed "the queen of broken bad boys" by her readers, she adores flawed characters who help each other heal. Her books are the perfect mix of humor, heart, and heat.
When she isn't writing, she's chain drinking tea, binge watching Law and Order, practicing yoga, or debating which fictional character would be the best in bed. Originally from Southern California, she now resides in the Pacific Northwest, where she spends the rainy winters dreaming of sunny skies and balmy beaches. 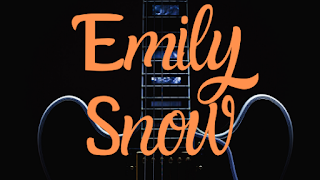 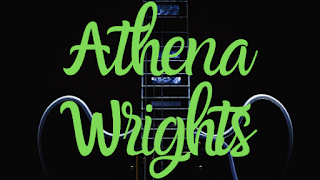 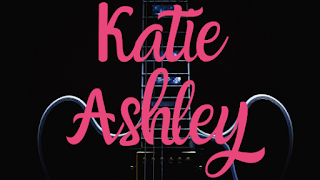 ➜ WEBSITE
➜ AMAZON
➜ NEWSLETTER
➜ FACEBOOK
➜ TWITTER
➜ INSTAGRAM
➜ PINTEREST
➜ BOOKBUB
➜ GOODREADS
About Katie Ashley
Katie Ashley is a New York Times, USA Today, and Amazon Top Five Best-Selling author of both Indie and Traditionally published books. She's written rockers, bikers, manwhores with hearts of gold, New Adult, and Young Adult. She lives outside of Atlanta, Georgia with her daughter, Olivia, her Heeler-Mix, Belle, and her two cats, Harry Potter and Hermoine. She has a slight obsession with Pinterest, The Golden Girls, Shakespeare, Harry Potter, and Star Wars.
With a BA in English, a BS in Secondary English Education, and a Masters in Adolescent English Education, she spent eleven years teaching both middle and high school English, as well as a few adjunct college English classes. As of January 2013, she became a full-time writer.
Although she is a life-long Georgia peach, she loves traveling the country and world meeting readers. Most days, you can find her being a hermit, styling leggings, and binging on Netflix whenever her toddler daughter isn't monopolizing the TV with Paw Patrol or Frozen. 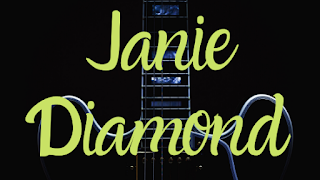 ➜ WEBSITE
➜ AMAZON
➜ FACEBOOK
➜ TWITTER
➜ INSTAGRAM
➜ PINTEREST
➜ BOOKBUB
➜ GOODREADS
About Jaine Diamond
Click follow to be notified by email whenever Jaine Diamond publishes a new book!
Get Jaine's rockstar romance novella "Dirty Like Us" FREE in both ebook AND audiobook: http://ebook.jainediamond.com/getdirty/
Jaine Diamond is a contemporary romance author, fond of writing the love stories of built and badass men endowed with massive hearts, and strong, complex women she'd love to have a cocktail with.
She lives in beautiful Vancouver, Canada with her real-life romantic hero (Mr. Diamond) and their daughter, where she reads, writes, and drinks copious amounts of tea. 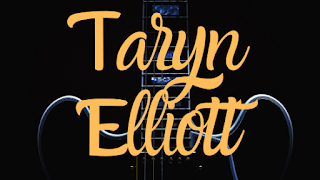 ➜ WEBSITE
➜ AMAZON
➜ FACEBOOK
➜ TWITTER
➜ INSTAGRAM
➜ PINTEREST
➜ BOOKBUB
➜ GOODREADS
About Taryn Elliott
USA Today Bestselling author Taryn Elliott has made it her mission in life to get as many rockstar stories out of her head and onto the page as possible. Sometimes a hot suited dude makes an appearance, and maybe a wine expert or six. She comes from upstate NY and falls in love with every hero as she writes him. As a bonus there's always an eclectic soundtrack to match.
She's also the other half of the Rocker Reads duo, Cari Quinn & Taryn Elliott. And one half of Taryn Quinn, author of ultra sexy contemporary romance.
She loves to hear from her readers and is on most social media platforms. 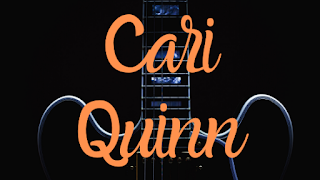 ➜ WEBSITE
➜ AMAZON
➜ FACEBOOK
➜ TWITTER
➜ INSTAGRAM
➜ PINTEREST
➜ BOOKBUB
➜ GOODREADS
➜ SPOTIFY
About Cari Quinn
USA Today bestselling author Cari Quinn grew up wanting to be a singer more than anything else. When she realized she probably wouldn't be hired as the opening act for the Foo Fighters, she stopped singing and started writing. Now she happily writes about rock stars, MMA fighters, suited heroes, bodyguards and everything in between. And she blasts her music as loud as the neighbors can stand, because hey, she'll always be a rock star in her own head.
She's also the other half of the Rocker Reads duo, Cari Quinn & Taryn Elliott. And one half of Taryn Quinn, author of ultra sexy contemporary romance. 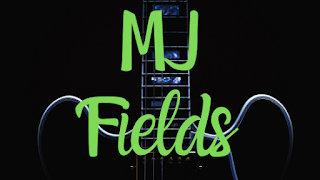 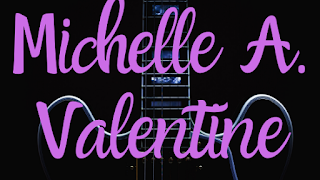